Conflux is a new secure and reliable public blockchain with very high performance and scalability. It can achieve the same level of decentralization and security as Bitcoin and Ethereum but provide more than two orders of magnitude improvement on transaction throughput (TPS) and finality latency.

The major superiority of Conflux hinges on its novel design of consensus protocol, authenticated storage, and transaction relay protocol. In Conflux ledger, blocks are organized as Tree-Graph where each block references some other blocks with one of them being its parent block. By only looking at the blocks linked with parent edges, the ledger appears to be a tree structure (parental tree), while by looking at all the blocks, it appears to be a directed acyclic graph. This is also the reason that we call the ledger structure of Conflux as Tree-Graph. 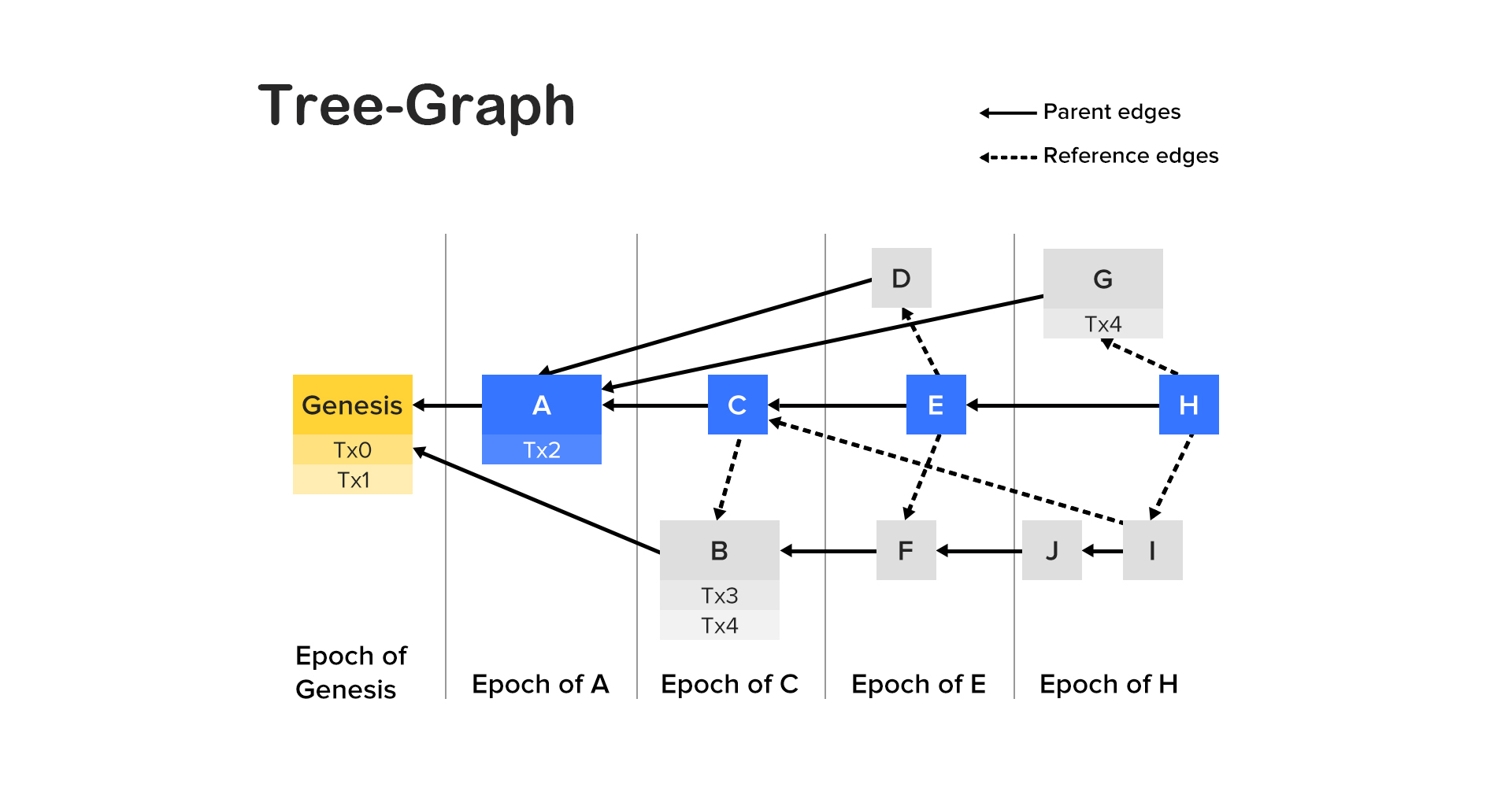 The consensus algorithm of Conflux, which is called Greedy-Heaviest-Adaptive-SubTree (GHAST), enables all the nodes in the blockchain network to consistently agree on a pivot chain of blocks by applying the heaviest subtree rule on the parental tree in the ledger, and in turn reach the consensus on the total order of all the blocks based on the pivot chain. GHAST also allows the Conflux nodes to detect some attacks (e.g., balance attack that tries to generate two balanced subtrees) that may hurt the liveness, i.e., the ability to confirm transactions, and thwart these attacks by adaptively adjusting the weights of the blocks.

The Tree-Graph ledger and the GHAST consensus algorithm make Conflux nodes be able to quickly generate new blocks without worrying about that the existence of forks in the ledger may harm the security of the network, and hence enable the system to achieve both the high throughput and the low transaction confirmation latency.

Conflux employs account model and supports the smart contract. Its smart contract is compatible with Solidity, which is Turing complete, as used in Ethereum. Conflux uses merkle patricia tree as the major structure for its authenticated storage used for the states of the accounts and the smart contracts. Instead of using a single multi-version merkle tree, Conflux uses multiple merkle trees for each version of the states. High-level speaking, it consists of a snapshot tree and the delta trees. The delta tree is always held in memory and it contains all the state updates from the last snapshot. The snapshot tree, instead, is read-only during the execution of the transactions. This design makes the transaction execution in Conflux more efficient because it can utilize the memory more effectively when accessing the state in the storage. The delta tree typically contains the most frequently accessed data, and since the state size is small in delta tree, the depth of the tree can also be shallow, which makes the memory be able to hold more effective data.